According to its analytics, YouTube has over 2 billion users — a third of the entire internet user base. One billion hours of content are consumed every day. But what makes a video popular enough to click on?

Pompano Beach, FL-based best SEO Companies analyzed 740 of the most popular YouTube videos to break down the most appealing components of the perfect thumbnail.

It extracted 740 videos from YouTube’s API classified as the “most popular” in July 2020 to explore thumbnails of videos as well as various thumbnail design elements.

It then extracted thumbnails from each video and ran an image-tagging project on Amazon MTurk to ascertain the design elements, text, titles, emotions, and views per video. 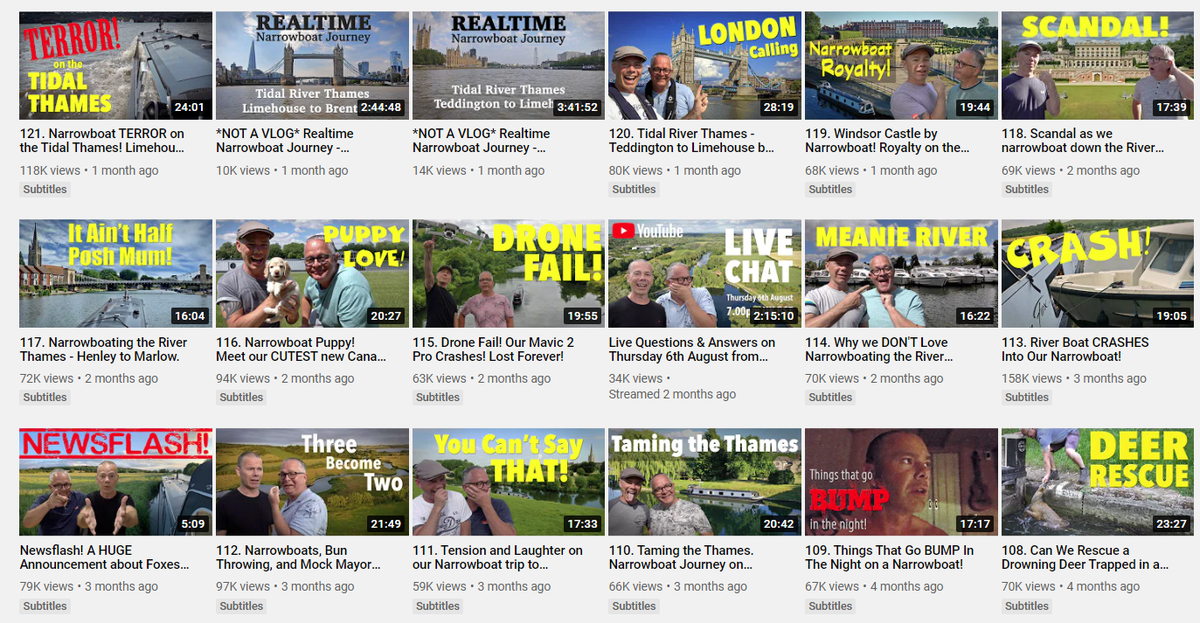 It found that there seems to be a formula for the perfect thumbnail. Over seven in ten (72%) of the most popular videos on YouTube in 2020 featured an image of a human, averaging 921,000 more views than those without a human face.

Videos that included their logo or brand within the thumbnail averaged 1.2 million more views than those that didn’t include them. This indicates that a logo or brand name can go a long way in establishing credibility and loyalty.

Seven in ten (70%) of YouTube thumbnails across the most popular videos analyzed included a title or explanatory text describing what viewers could expect to see upon clicking.

Content conveying the emotion of sadness had the highest average view count (2.3 million), compared to joy and humor (1.5 million) or anger and fear (818,000).

Amongst videos categorized as News, negative emotions garnered more views than those with positive emotions.

Almost nine in ten (88%) of thumbnails analyzed from the most popular videos in 2020 were colorful and averaged more views than thumbnails with a more minimalist color scheme.

To get more clicks and views for your own video, you might need a few tweaks to your thumbnail image before you upload it to YouTube. Include a title or explanatory text on your video thumbnail describing what viewers can expect when they click your video. 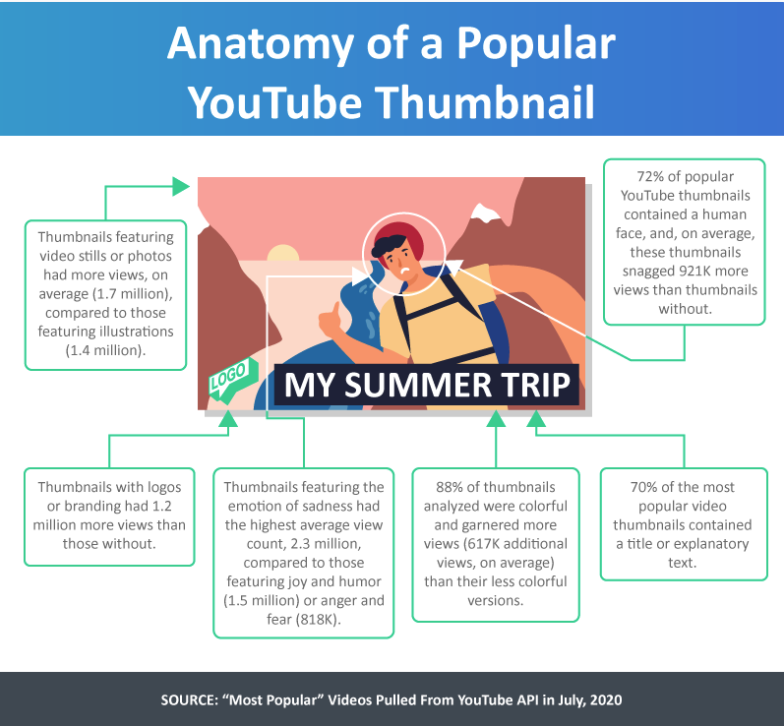 Think about how you want your thumbnail to look. Thumbnails featuring video stills or photos have more views on average (1.7 million) compared to those featuring illustrations (1.4 million), which have nearly 300,000 fewer views.

But most of all, make sure the content is good – to keep your audience coming back for more, time and time again.

The page you requested could not be found. Try refining your search, or use the navigation above to locate the post.